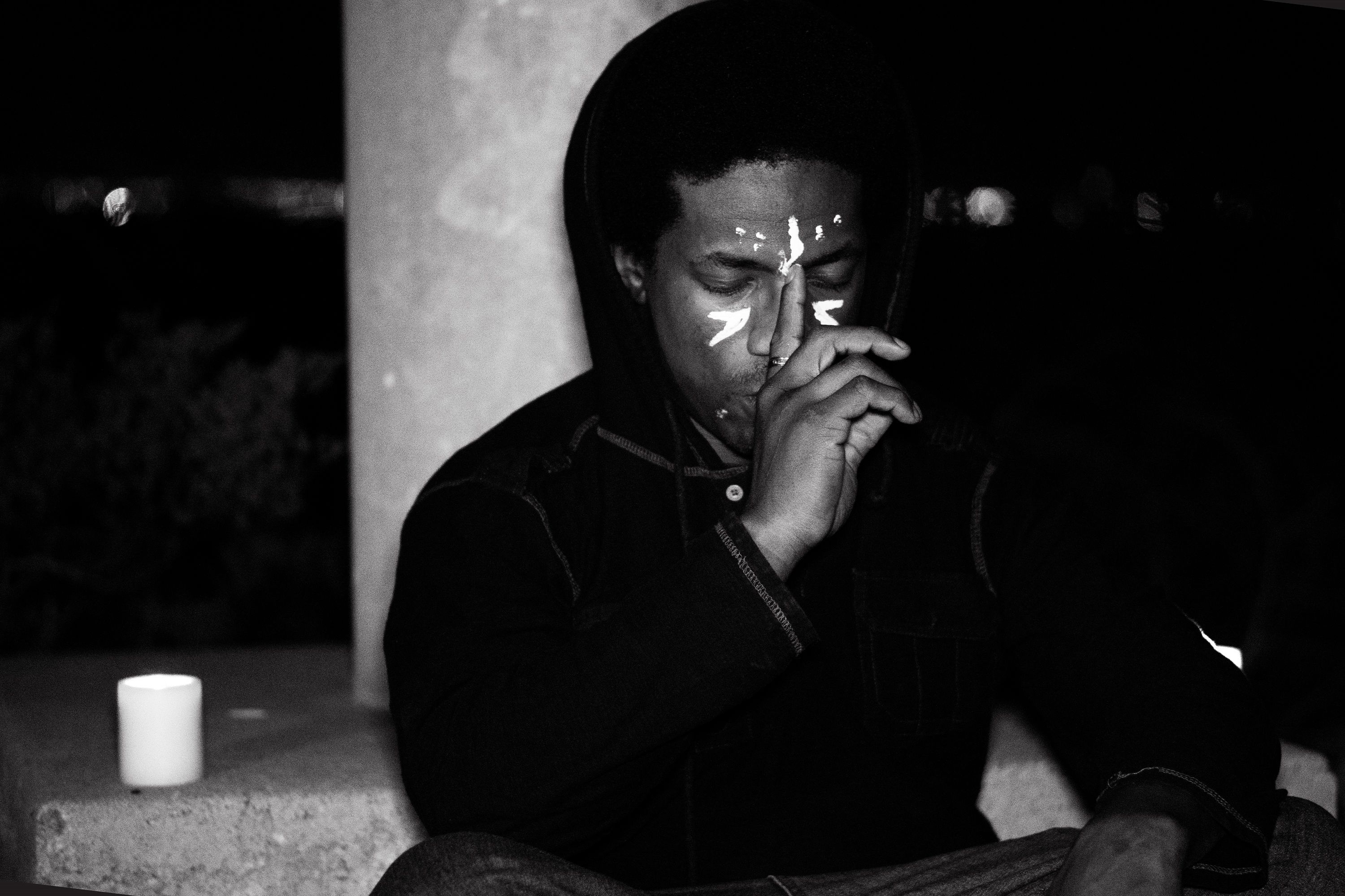 Dante Alexander Greene, known as Tae Zu, was born in El Paso,TX on August 3, 1989. He grew up on the eastside of El Paso TX never really the popular person yet his talents an interest would never make that an issue loving sports and arts. Music being a deep influence in his life, always surrounded by sounds and family singing, his grandfather on the weekends showing him jazz, Funk and Blues. Then his mothers poems
fueling his interest in hip hop when he was first introduced to artist like Slick Rick, Wu-Tang Clan, Busta Rhymez and others following. He enjoyed the clever writing in lyrics flowing with the grittiness of the music was the key to his start.

This became a strong impressed of his starting to wright his own poetry on paper. Listening to the way his idols put the words together an making thoughts come to life through words fascinated him. it was around his first junior high years when he really took a heavy interest in his skill. Starting off in cyphers were others showed their skills were he found his home in hip hop to start. Latter on finding a battle between two rappers out of random. He soon became interested in battle rapping to test himself to see what he could really do. From parties to lunch time battles, to being asked to out of the blue by friends or random people that heard him before to say some rhymes became apart of him and his love for hip hop grew. Learning more about the culture of hip hop as he grew, how it came to be and the other arts in it as well. He loved hip hop with every day he could show his involvement by showing his skill.

In 2009, he found his way to a independent recording label out of his home town of El Paso, Tx. He was with this group for three years learning how to perfect his craft trought his time with them.

2013 became the year he branched off released his first solo project in El Paso call Two Sides To One Half gave the first view of who Tae Zu is in the world giving a small look at his artistry. Then latter released his second project Let Loose the following year of 2014. Showning versatility in different styles, beats giving a more personal yet darker view of Tae Zu.

The work kept flowing with The Descent(2015), starting his first run of tours with his first full album on his own. Proceeding to allow him to expand his reach though out the areas of the southwest surrounding his home town being able to preform along side King Magnetic, Cali Agents, Jus Allah, Luck & Lana, Kap Kallous,  Sahtyre, Locksmith, Kung Fu Vampire  just to name a few. He has throughout his carrier as an artist shown that he can push to achieve his goals continuing to move froword without stoping. Giving that raw hitting edge of hip hop set to a tone that cant be compared. This has opened many doors to new experiences, artist, and a new understanding of his own music. Through this journey down the path that only time knows the outcome.

"With the biggest goal being to reach as many people as he can with the message that you don't need to wait on anything. You are unique and are capable of anything. Controle your own destiny and look at the outcome because 360 is the key to success." -Tae Zu